4 examples of the successful return of Terracotta to architecture 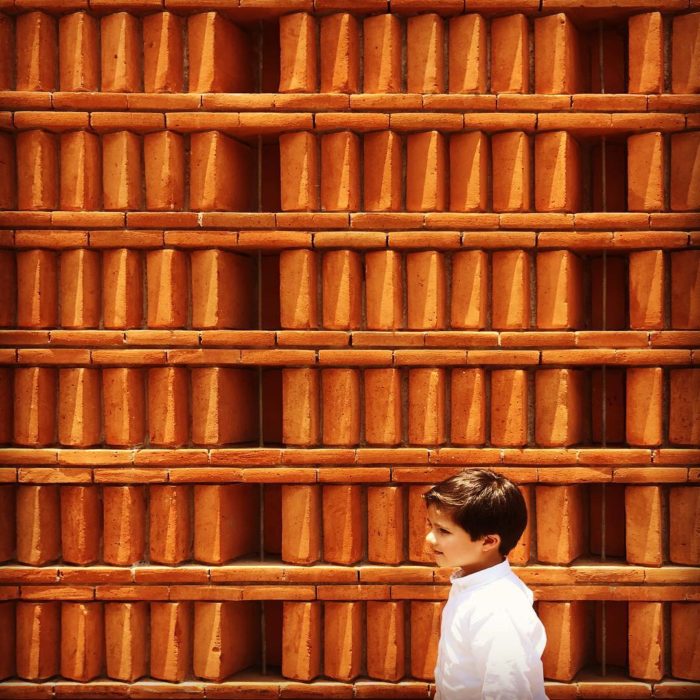 Terracotta is an Italian word (terra cotta) that means “cooked earth.” Created by baking clay at high temperatures in special ovens, this noble material was initially invented for ceramic and sculpture works. However, artisans soon discovered its potential as a construction product and began to produce bricks, roof tiles, and linings.

Used in constructions in ancient times, terracotta bricks are an essential part of the emblematic structures such as the Great Chinese Wall, the Haghia Sophia, or the dome of the Cathedral in Florence, Italy just to name a few. Therefore, their use in modern architecture is a revival that implies additional processes that make the material more resistant and colorful. It does not come as a surprise that architects who prefer green architecture perceive terracotta as the ideal material for facades in public buildings since it does not require maintenance, it’s ecological, inexpensive and offers great potential in terms of design.

For all these reasons we have gathered a list of 4 examples of the use of terracotta in modern architecture. 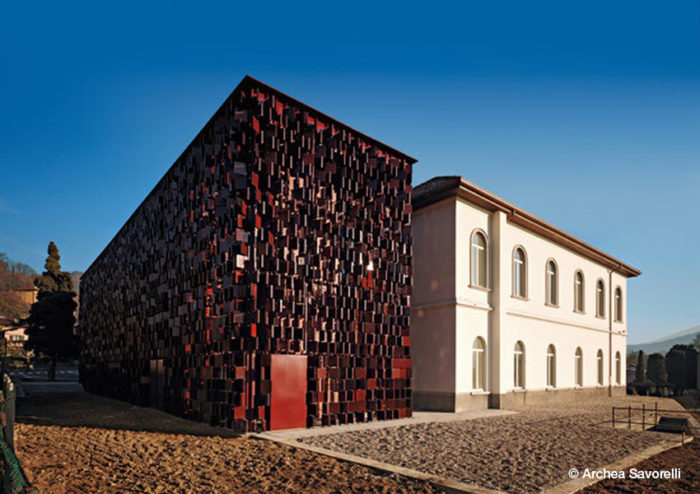 The sunscreen of Nembro. The library of Nembro, in the province of Bergamo, in the Lombardian region (Italy) used to be an elementary school built in 1875. Hoping to preserve the building that had been abandoned for years, the City Council requested Archea Associati to rescue the structure and they came up with the idea of creating a new building that resembled a 3-story metal “shelf” with large extensions of glazing covered by a wall of “terracotta books.”

The company Sannini, which has supplied terracotta products to the region for more than a century, oversaw the production of said books. An interesting detail on this beautiful construction is the fact that each of the sheets -which work together as a sunscreen that distributes both light and shadow inside the edification- has the name of the city on the inside: Nembro. 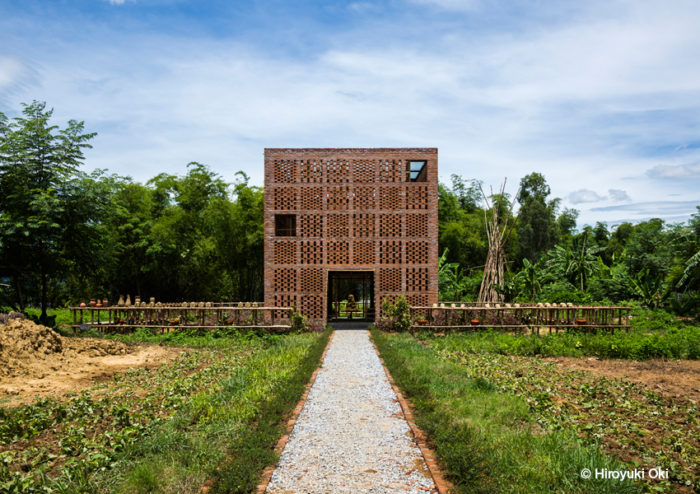 Terra Cotta Studio. The Studio EspacioTropical designed the workshop of renowned artist Le Duc Ha, which is a cube-shaped building with dimensions of 7m x 7m x 7m. The structure that reminds locals of the traditional Vietnamese oven, is made of solid terracotta bricks interspersed creating holes for ventilation. The interior of the studio is surrounded by a bamboo-framed scaffold used to dry ceramic products.

The studio has two floors: The main floor has a rotating table where the artist works; on the second floor, visitors can see different spaces inside and outside of the studio, as well as look at the artist working through a circular window in the center of the structure. 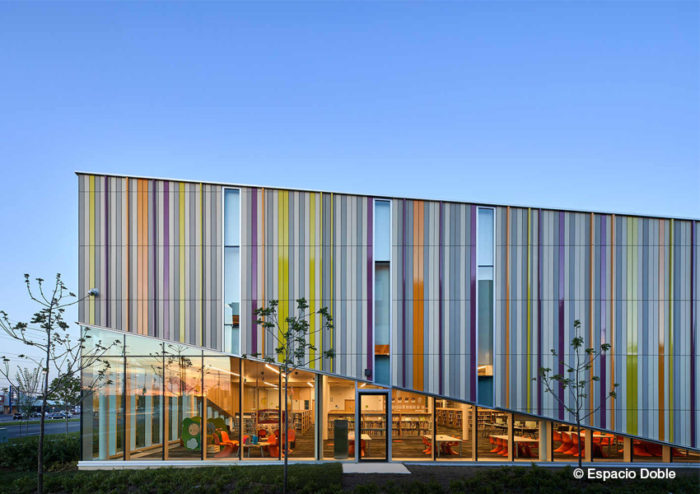 Terracotta baguettes. Perkins + Will are the authors of the Library of the Albion District in Toronto. In an environment filled with concrete and asphalt, these architects decided to cover the library with terracotta baguettes made by NBK Architectural Terracotta.

Instead of using terracotta in its natural aspect, they covered it with glaze in brilliant colors that, aside from adding a fun look, makes the bars more resistant to water, fading, scratches and even graffities. Additionally, Perkins + Will placed a screen formed by a glazed baguette wall, held by a layer of unglazed bars, with isolation boards placed between them. 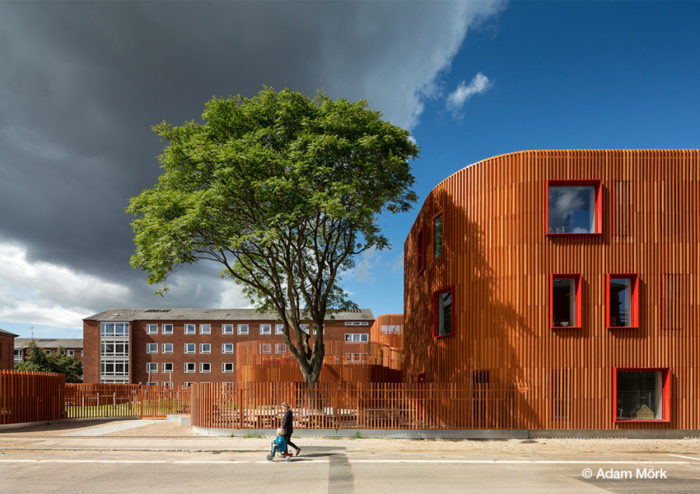 Terracotta with a patented system. Certainly, the use of terracotta in public buildings is a tendency. Our last example for its use is the Kindergarten Forfatterhuset located in a historic neighborhood in Copenhagen, Denmark. This preschool, which is surrounded by old brick buildings, adds a touch of modernism to the location. With that intention, the architects from the studio COBE designed a project that, respecting the characteristics of the area, resembled the idea of a curved village of brick “homes.” So, in a very ingenuous fashion, they used vertical terracotta sheets to cover the area surrounding the school, the school yards and the green roofs.

A detail that stands out from this construction is the fact that the sheets were custom-made by Creaton. This company has its own patented methodology called KERALIS, which exposes terracotta to extreme temperatures (2,200 degrees Fahrenheit) to provide it with a finish that is highly resistant and waterproof. The architects also worked in collaboration with the engineers of Saint-Gobain to develop a flexible substructure capable of supporting the sheets while those adjusted to the uniquely shaped curve buildings.

Certainly, imagination is limitless and it seems that technology is looking to the past to improve the inventions of mankind.