4 of the best architectural works of 2017

Last year was productive in terms of architectural work. There were many buildings opening their doors to the public after long periods of time and great expectations.

The list we are about to share is only a sample of 4 works that stood out in 2017 due to the beauty of their shapes, the use of materials, the creativity of their creation, and the challenges of the environment that had to be faced.

A home in the woods of the Chilean Andes; a pavilion at a German university; a cruise terminal in Portugal, and a coworking office sum up the usability of the list we have put together for you. 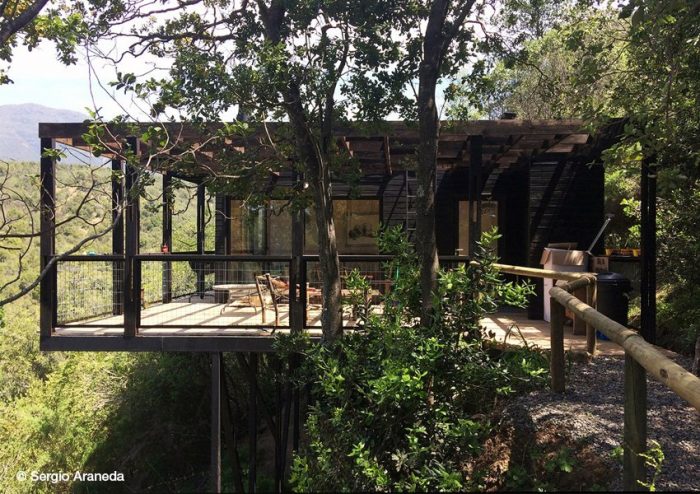 An aviary for humans. Pajarera Lodge Shangri-La is a family home developed by the studio SAA arquitectura + territorio. Located in San Fernando, in the central Chilean Andes, the lodge is amid a natural environment of great ecological and landscape value. Made using local workmanship, basic materials, and a low budget, this house has a metallic base over which the pinewood cabin is built.

The house has an open space kitchen, the bedrooms are located towards the south of the home, while the bathrooms are at the north and natural light overtakes the whole house through a hallway with a slit on the ceiling. On the outside, the house offers three recreational spaces. The first one is a balcony corridor that faces the river and Andean valley, the second space is a terrace that looks over the great Andean massifs and, the third one is a deck/veranda that allows enjoying the surroundings. 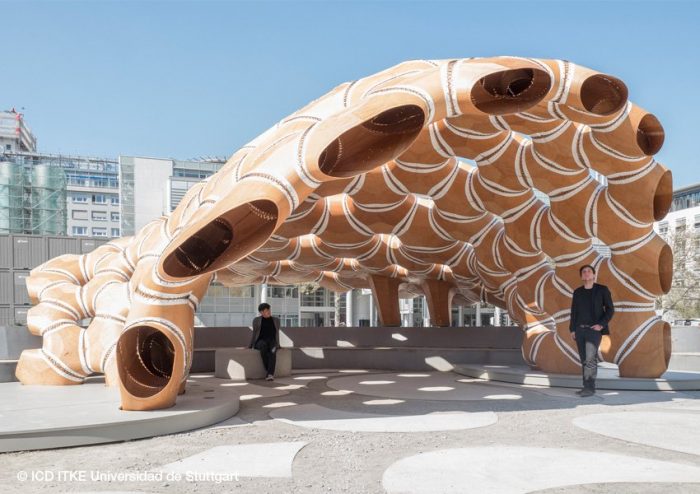 The robotic sewing urchin. The ICD/ITKE Research Pavilion of the University of Stuttgart (Germany) is one the most remarkable constructions of 2017. The Institute for Computational Design (ICD) and the Institute of Building Structures and Structural Design (ITKE) of the University of Stuttgart are the authors of this work. Robotic techniques for the textile manufacture of wood elements at an architectural scale were applied in the construction of this one of a kind pavilion.

Part of a successful series of research structures, the ICD/ITKE Research Pavilion is a sample of the potential of computational design, simulation, and manufacturing processes in architecture. Its conceptualization and design come from a multidisciplinary team formed by students, researchers, architects, engineers, biologists, and paleontologists.

An interesting detail is the fact that the morphological principles of two kinds of sea urchins were applied to this construction. Thin layers of wood folded into variable radii and special techniques of casing, plywood, bonding, and textile connection methods were used in the work. 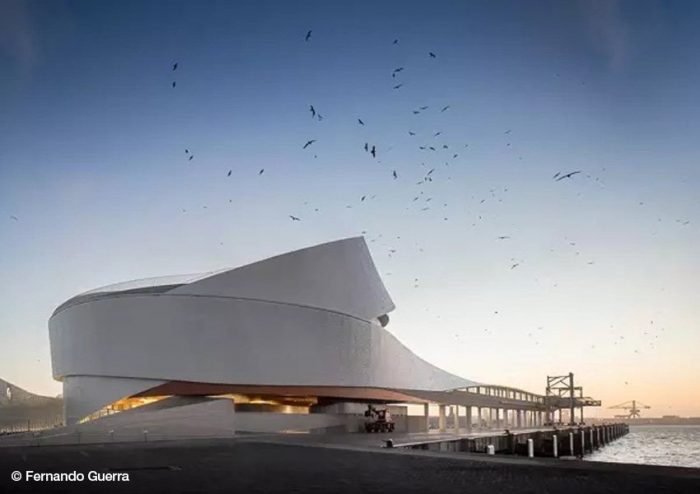 Curves, land, and ocean. Leixões Cruise Terminal (Portugal) is a small port complex developed by architect Luís Pedro Silva, which was requested by the Administration dos Portos do Douro e Leixões. Located at the South pier in Matosinhos, Portugal, this port has two objectives: improve commercial efficiency and urban integration.

The project comprises several buildings. The main building holds the cruise ship terminal, marina facilities, the Science and Technology Park of the Sea of the University of Porto, event rooms, and a restaurant. Additionally, there is an aquarium in the basement of the building.

Its enveloping white shapes stand out in the distance, hiding an interesting white ceramic hexagonal tile that shines with the sun and was used to preserve the Portuguese tradition of tile facades. Thanks to its beauty and design elements, this work was one of the winners of the award for the best building of 2017 organized by Archdaily. 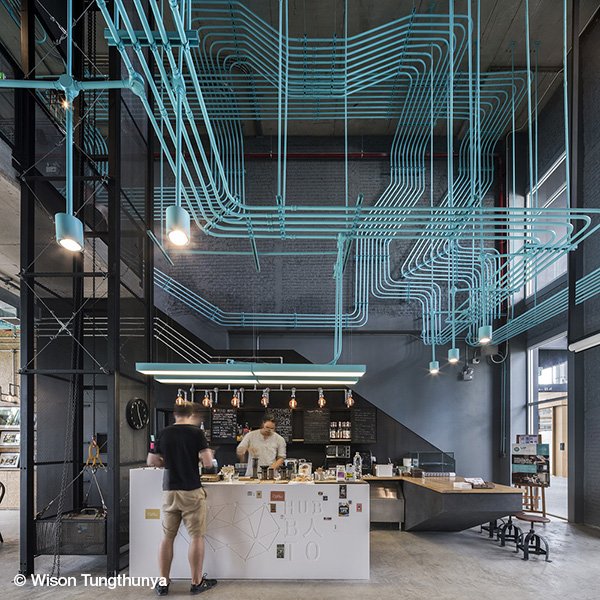 An ecosystem for artists. Hubba-to is a Project from Supermachine Studio, a coworking location where artisans of different specialties interact in a harmonious space. As a result, the space has ceramic, painting and wood studios, an open space kitchen, and a photography lab. Besides, it offers a projection room for conferences, workshops, and seminars.

Sansiri, one of the most renowned developers in Thailand, was a collaborator for the project that is located amid a residential neighborhood in Bangkok known as “Artisan.” The architects used the pipes of the mechanical and electrical ecosystems for the project, painting them in turquoise color, thus, creating a network of points that twists from one room to another to symbolize the connection between those who work there.

Additionally, the architects included rooms for craft activities at the end of two floors, leaving the central areas as coworking space. Each of such spaces includes large tables and comfortable and operational chairs, as well as stools.

So, these are 4 architectural works that showcase the importance of beauty, creativity, and practicality in contemporary spaces.