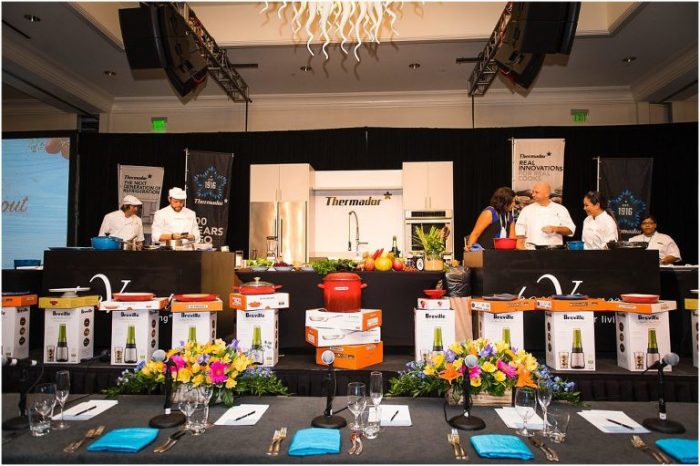 Once again, the most renowned chefs in the world, the big brands related to kitchen and wine, and gastronomy fans will gather from January 10th through the 14th at the heavenly Caribbean to be part of the Cayman Cookout.

The event takes place at the largest of the Cayman Islands (Grand Cayman), and Thermador happens to come back as one of the sponsors. The brand will be present for all tastings and demonstrations, led by world-famous chef Eric Ripert and his friends, which include Anthony Bourdain y José Andrés.

However, this year is special as it marks the 10th year anniversary of the Cayman Cookout. To celebrate, the event organizers have designed a series of activities -more than a dozen per day- where fans of good food and spirits will enjoy superb experiences from diverse brands of wine, appliances, transportation services, hotels, and restaurants.

Last year, Thermador had a prominent role in the whole celebration with the Caribbean as the stage. From improvised lounges set on top of the white sand beaches of Grand Cayman to the most sophisticated scenarios custom made for chefs such as Bourdain and Ripert, Thermador and its classy appliances were the deluxe allies for the enthusiastic cooks who participate in this culinary event. 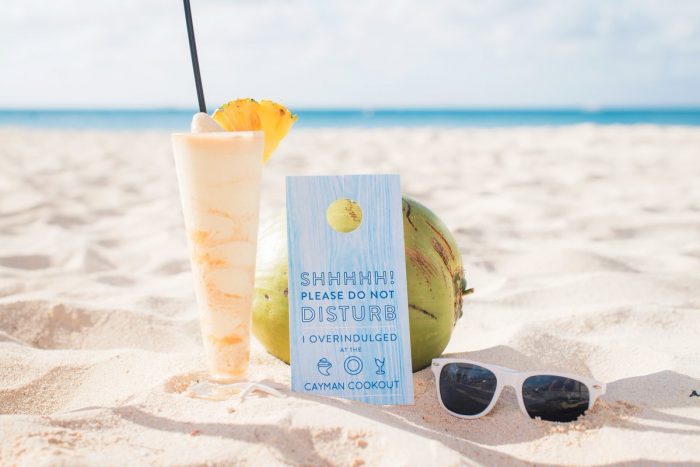 The biggest attractions this year

13 internationally renowned chefs led by Eric Ripert will share the stage with 12 of the most famous chefs from the Ritz Carlton, and other 24 participating chefs during the 4 days of the 2018 Cayman Cookout. Additionally, these culinary masterminds will be joined by 6 enologists and 12 cuisine and drinks experts who will guide participants through the secrets of the flavors found along almost 40 events that constitute this edition. The most outstanding events include the following:

• From divine to sinful. This is the event where Eric Ripert and Anthony Bourdain take the public on a journey around flavors and culinary textures, with the original Cayman Cookout style.
• Olé José with José Andrés. Chef José Andrés gets the weekend started at the Cayman Cookout. His presentations create a great expectation for his peculiar cooking style. The fun storytelling, while cooking his famous paella can surprise and entertain the audience.
• Essential BAM. Chef Emeril Lagasse will exhibit his knowledge and mastery of flavors and secrets of Creole and Cajun cuisine, along with his interpretation of the New Orleans style in his dishes.
• Barefoot BBQ at Royal Palms. Ripert, Anthony Bourdain, José Andrés, and other chefs will be displayed at night over the sizzling grills with the sea breeze, the soft lullaby of the waves and starlight in the background.
• A champagne flavored challenge. The most ambitious amateur cooks will face this challenge presented by none other than Möet Chandon Champagne: A live-cooking at The Cayman Islands Ballroom. Finalists will compete during Sunday’s brunch, and the winner will be chosen by a jury formed by Eric Ripert, Anthony Bourdain and José Andrés.
• Rum and Petanque. The most anticipated game of Petanque of the year at the Cayman Islands has a special twist: The participation of Chef Eric Ripert and his friends, sponsored by Rum and Robusto.
• Gala dinner. This celebration of flavor and gastronomy will close the event with a memorable ten-course dinner hosted by chef Eric Ripert, which includes the presentation of the talented chefs of the Cayman Cookout.

This is just a small sample of what the event will be: A combination of brands, flavors, and fine cuisine by the Caribbean Sea. Is there anything more tempting than that?