Grace Ramírez: the ambassador chef of the Latin flame

Talking about chef Grace Ramírez is talking about the ambassador chef of the Latin flame in the world. She has managed to earn a good position in international cuisine for many reasons. Obviously, one of the most important reasons is being the only female chef with cooking shows in English-speaking television (Cooking Channel USA) and in Spanish-speaking television (Food Network Latam), which has turned her into a celebrity.

But beyond that, the main reason behind her popularity is the fact that she has managed to take the Latin American flavors to places as unusual as New Zealand and Australia. 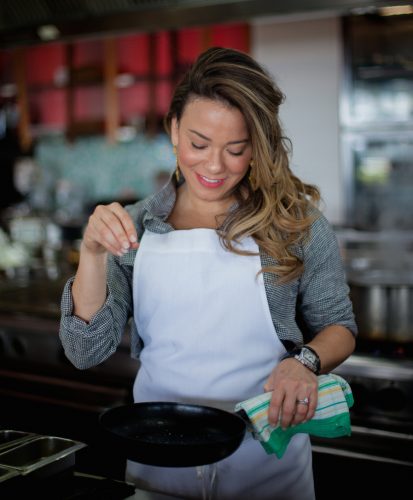 Writing about what you cook

And as if something was missing, two books add up to all of the above. The first one entitled “La Latina”, a hardcover book with more than 300 pages, is sort of a coffee table book (as she describes it), where she tells the story about meeting her roots and her interpretation of many of the great recipes of Latin America, designed in such a way that anyone, anywhere in the world, can easily prepare them.

In an exclusive interview for Inspiring Good Living, the chef born in Miami from a Venezuelan family, referred to “La Latina” as “a very personal book that is dedicated to her Venezuelan grandmother. I gathered in it all the experience that the cooking shows around Latin America have given me. So, the book includes tips for Mexican, Venezuelan, Peruvian, Colombian recipes and recipes from other countries provided by friends who are chefs, as well as grannies and people dedicated to cooking.”

Regarding her second book “The 5-Ingredient Electric Pressure Cooker Cookbook: Easy Recipes for Fast and Delicious Meals,” the chef told Inspiring Good Living that this is a book focused on people who have little time to cook, but who care about what they eat.

Although cooking shows are very fashionable, the truth is that today people have less time to cook. My idea with this book is to facilitate this topic. My idea is for you to be able to make a meal to share with your family using a single pot and in 20 minutes, without going through a complicated experience, and having the satisfaction of cooking something tasty with controlled ingredients.

She says that the problem with buying things on the street is the amount of sodium that these foods have. “What I mean is that you have no control over what you eat; instead, when you cook you do. This is the idea of my second book. My mission as a chef is to encourage people to cook more and in a healthier way.” 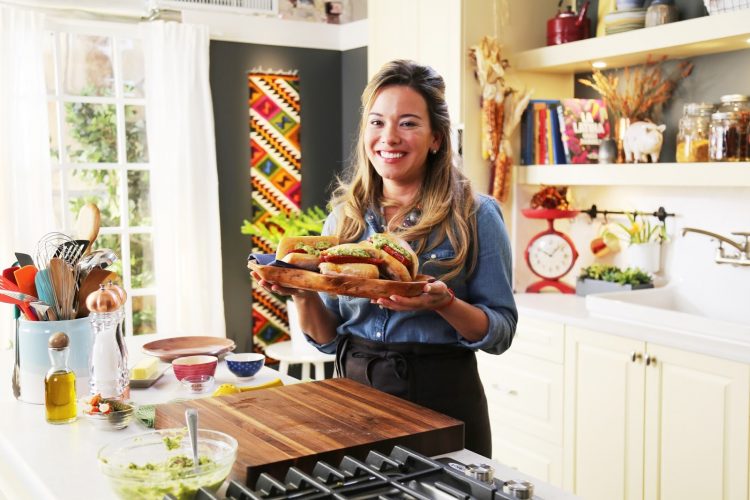 Technology as a guarantee of good cooking

Grace Ramirez defines herself as a very traditional cook. Trained in her grandmother’s kitchen, she is also recognized as a fire lover, having a romantic inclination to do the things that take some time.

Of course, I can afford to cook dishes that take time because it’s my profession. But not everyone can. That’s why I think technology is really helping people to cook again with gusto. Now, you can make a spectacular risotto in 10 minutes. In induction kitchens you can make a delicious pasta in a short time, because the water boils fast. In short, technology in the kitchen makes life much easier.

In terms of the connectivity that seems to be the new frontier in the kitchen, this chef approves it. “To be able to program my electric pressure cooker or my appliance and know that I will find a delicious dish when I get home, it’s really marvelous.”