Alex Wertenstein: A chef without poses and not afraid of a crisis 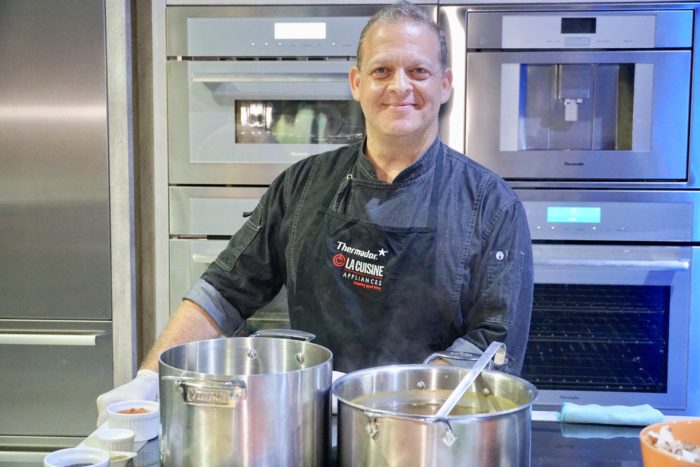 Venezuelan chef Alex Wertenstein doesn’t know a thing about posing. Yes, he admires the great chefs, but he also believes that those far from the glamour and the aesthetic pretensions, who can prepare a dish with a flavor that fills the palate with memories, have the same merit as the former.

David Chang and his street cooking style, Antony Bourdain and his thematic outdoor cooking and traveling, are some of the great names on his list. However, the ones that inspire him the most are not exactly famous. “I am inspired by those who love their work, and are far from fame and glamour, make you go into the kitchen just to greet and thank them for what they’ve cooked. I’m one of those who likes tiny restaurants, those that belong to the neighborhood and that usually host virtuous people who make a living doing what they love inside the kitchen,” he says.

But this inclination for those who are passionate has a powerful explanation, dating from its beginnings in the gastronomic environment.

Finding your vocation amid crisis

From a traditional Jewish family, Alex Wertenstein began in the family business related to the toy industry. However, his relationship with the kitchen was always simmering. “I’ve liked the kitchen my whole life. And although I was forbidden to participate in it, since it was deemed as a feminine craft, I always managed to be there,” he states.

However, it wasn’t until the death of his father in 1993 that brought a deep personal crisis for him, when the encounter with the culinary pleasure began to gestate. “The depression led me to gain 40 kilos, but fortunately I was able to turn back that process thanks to a psychoanalyst specialized in obesity, who helped me not only to control my anxiety and have a better relationship with food, but also to find what would later become my vocation. It was thanks to a tutoring that he’d gotten for me with someone who taught Japanese cuisine. Soon after that I became a fan of the kitchen and discovered my vocation, almost by accident.” 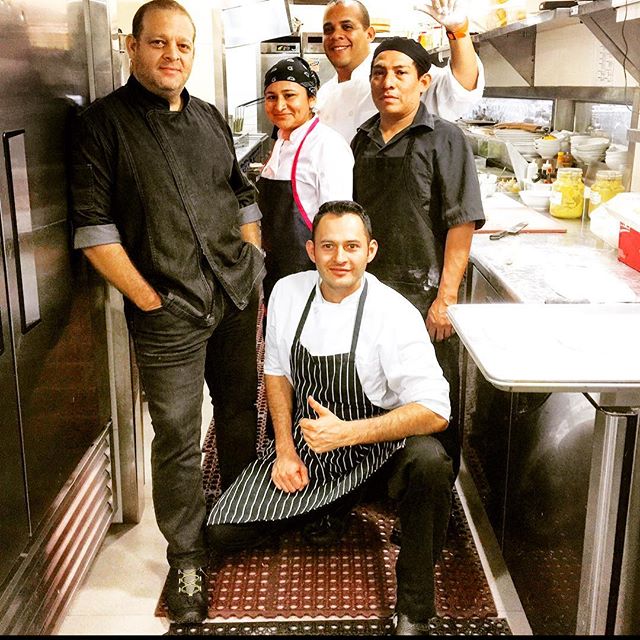 Crisis knocked on his door again in ’99. The toy industry was wreaking havoc and a terrible economic situation forced him to rethink his life. “Nobody talks about their personal crises, and this one was terrible for me. I was forced to sell my car because my business was generating losses, and that’s when I began to teach cooking as a means of living. That kept me above the water so to speak, to such an extent that in 2001 I formally decided to leave the toy business, where my family was involved, to fully open myself to what had helped me survive: the kitchen.”

Chef Wertenstein claims that crises have been his greatest teachers. “The case is that crises take you out of the comfort zone and put you to the test. They bring out the best and the worst in you.”

After the success of Nobu, in 2004 Wertenstein opened Shoga, on the 5th floor of Tolón fashion mall (one of the high-end malls in Venezuela), and after that other successful gastronomic experiences emerged with his label such as Yakitori, Spice and Piola Caffe. All these restaurants are in the most luxurious shopping malls in Venezuela and have earned excellent public and expert reviews. With a pleasant experience to back him up, in 2015, chef Wertenstein opened his first restaurant in Panama, Spice Market, which has had great success and is very well ranked in the country. 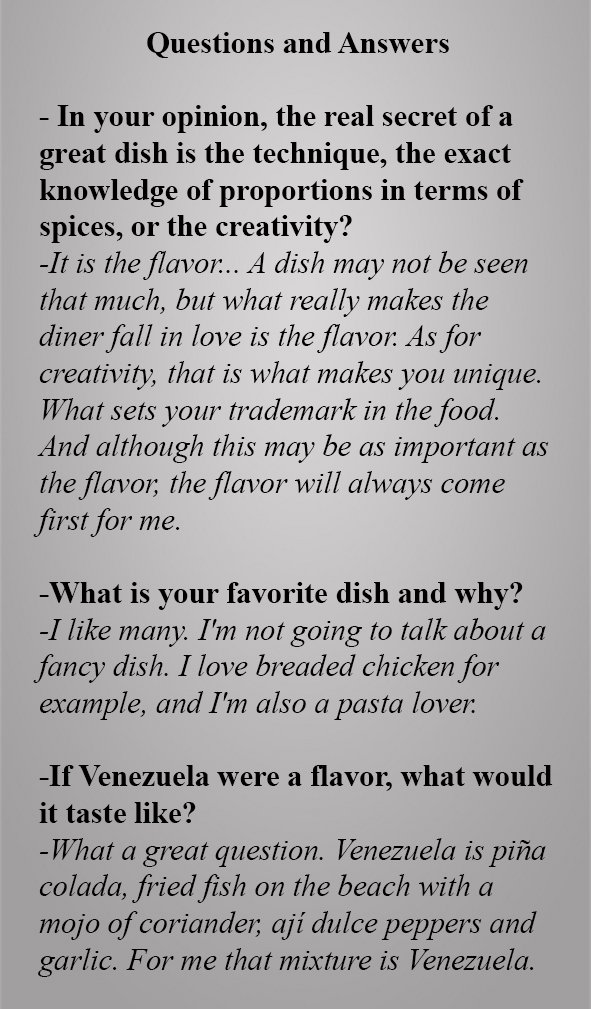 Certainly, his kitchen workshops are something that chef Wertenstein can speak about with excitement. In fact, given its fame, La Cuisine Appliances Panama opened its spaces for the chef to develop some workshops and to record some videos that can be seen on his social media (@alex_cocinacreativa).

“The kitchen workshops have kept me afloat, and that’s why I’m happy to teach them. It’s not something I do out of necessity, or money. For me, to teach a workshop for three people is as important as it is teaching 12 people. It’s something I do for pleasure, to honor my craft and to show that I’m grateful.”

He claims to be eternally grateful to the kitchen, and ensures that money comes and goes, it’s only what is done with passion that will always give you the most valuable gratification.

Recently, chef Wertenstein accompanied La Cuisine Appliances during openings of stores and the presentation of their appliances and brands, which allows him to speak at ease about important brands that belong to the company’s portfolio, such as Gaggenau and Thermador. 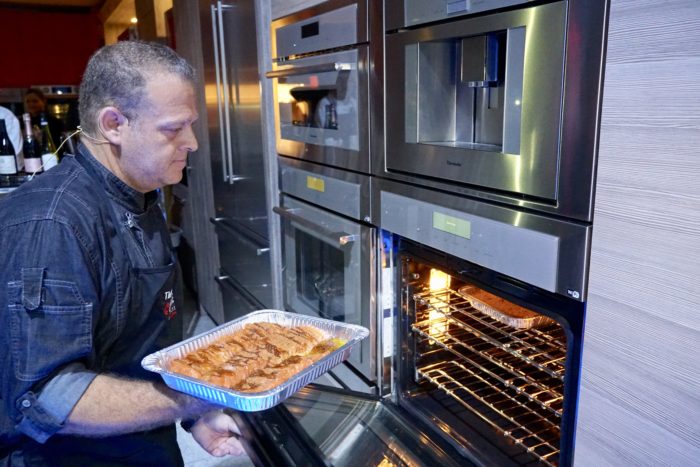 “If I had to buy appliances, I would purchase Thermador, but I also like Gaggenau very much. For me, Thermador appliances are intuitive and their durability is foolproof. They are like battle horses. From Gaggenau, I can say that their ovens are the best.

He openly admits that he has a complicated relationship with technology and for that same reason, he set a personal goal to understand it. “Technology was difficult for me at first, but now I’m a big friend of technology. I have learned to understand it and thanks to that, now I appreciate its contribution to the kitchen.”

Chef Wertenstein states that the role of technology in the kitchen is to facilitate the process and he acknowledges that there are brands that have managed to turn this into a motto for them. “I’ll give you an example. I didn’t like electric stoves, but induction cooktops are something else, a whole other level. Gaggenau takes the lead in this area. Their induction plates have intelligent systems that allow you to cook 5 things at the same time and this is a wonderful advantage. As you can see, technology certainly makes the process of cooking less complex and helps achieve optimal results any time.”

As for the fact that cooking can lose its charm with the introduction of so much technology, he explains that he has respect for both, those who adhere to the traditional processes and those who have found in technology an invaluable ally to provide good service and obtain more benefits. However, he reveals that he personally uses a combination of both tendencies. “Today it’s a good idea to have the best of both worlds.”