Cruz Diez: The genius behind works that portray an eternal youth 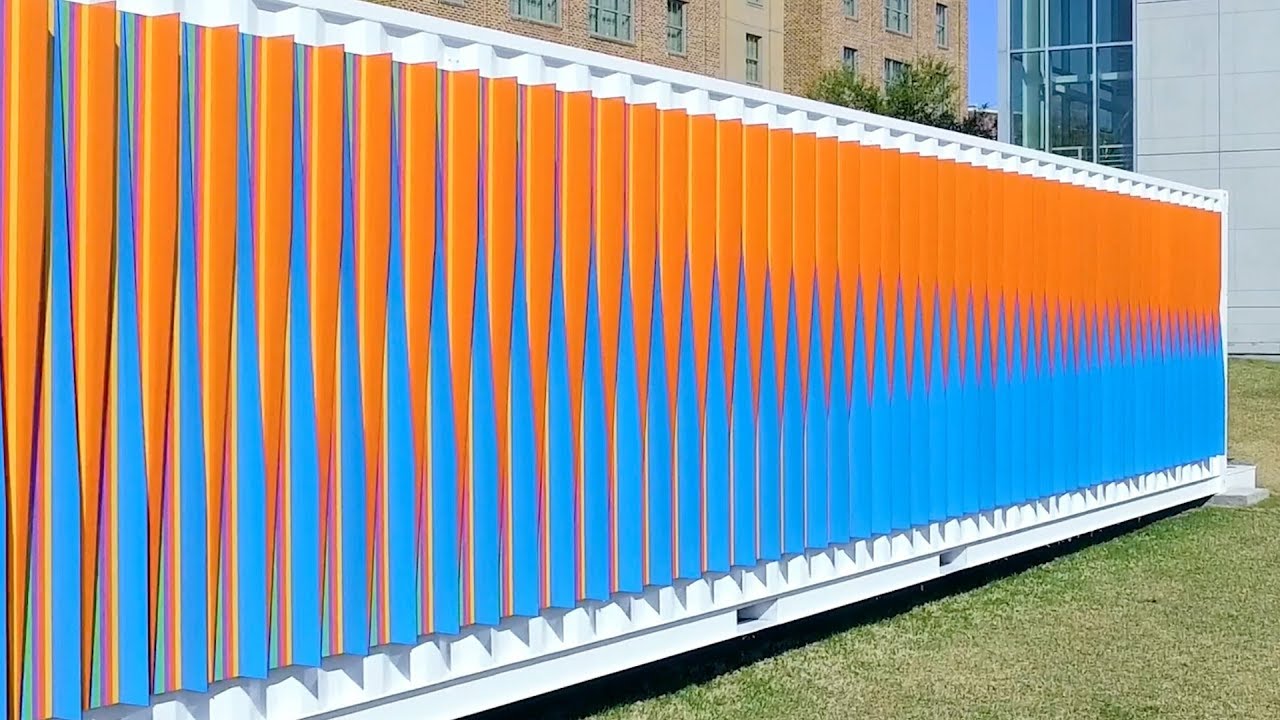 The Venezuelan genius Carlos Cruz Diez, was the creator of a marriage between art and architecture that fed his work from the fountain of eternal youth. Cruz Diez claimed that the perfect union between these two disciplines was based on movement. He believed that nothing is static, that experiences are unique and inherent to the viewer and that the beauty in an architectural work serves to achieve the merger between the community and said work.

Cruz Diez died last August leaving a 95-year-old body that didn’t seem to notice the evolution of time, since his restless mind never ceased to create. The work of Cruz Diez has been appreciated all over the world, making him worthy of the title of the Master of Kinetic Art and Op Art.

Carlos Cruz Diez was born in Caracas in 1923. He completed his first studies in art at the Escuela de Bellas Artes de Caracas while drawing comics and working as a graphic designer and illustrator to finance his education.

The more he studied classical art, the more he defined his path: the focus was on color and not on the shapes, just like the artists he studied. This made him understand that the development of his career would be overseas, in an atmosphere of irreverence, experimentation and creative freedom that could only be offered at that time by the city of the arts: Paris.

From the beginning, he developed techniques to accelerate the production of his works so, at the age of 95, there was a long road full of successful works scattered around the globe. All of them are part of the permanent collections of the most important museums and urban structures in several parts of the world, which solidified the relationship of his work with architecture.

If the contribution that the Master of Kinetic Art made to architecture was outlined, it would be the possibility to permanently renovate the works that he intervened. The perception of these works changes constantly according to the perception of color made by the viewer, thus fulfilling the premise of kinetic art and the intention of the artist.

Kinetic art offers a living experience to the viewer who perceives colors according to its mood and the movement of the work. This imprints a sense of belonging in the memory, in such a way that the work transcends its utilitarian sense and becomes a sentimental reference. In the words of the artist, “these works acquire an emotional and sentimental value, contributing to strengthen the sense of reference, belonging, and pride of the citizen in relation to the heritage environment of their habitat, community, town, city or region.”

Proof of this can be seen in the work “Chromointerference of Additive Color,” installed by the artist in 1978 in the main hall of Simón Bolívar International Airport in Maiquetía, Venezuela. The work that at the time represented the bonanza of a country that opened up to oil-production and modernism, today stands as the symbol of the largest migratory phenomenon in Latin American history thanks to the Venezuelans who claimed the work, photographing it as a souvenir of their departure from the country.

Thus, an architectural work deteriorated due to the passage of time has found a way to transcend its users through the intervention of art taking on a historical sense. 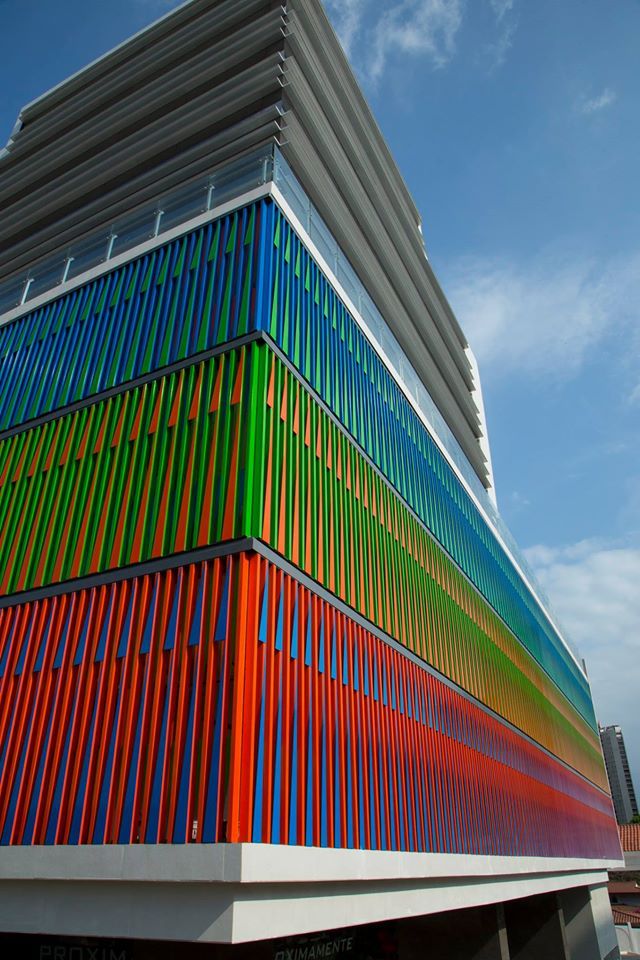 The methodology at the service of art

The studies of classical art of Cruz Diez led him to conclude that color had never been the focus of the artistic discourse, but merely a consequence of shape. To develop his own discourse, the artist performed an endless research on color and, just as a scientist, studied the perception that humans have of color.  In his study he found out how the eye manages to develop the perception of color and how through the combination of colors, angles and movements, he could develop a theory of color without shape, where the lines turned out to be the most efficient vehicle to demonstrate such theory.

His works quickly became famous precisely for the ability to be unique according to the spectator, and today they are present in the permanent collections of 62 museums around the world, including the MoMA in New York, the Tate Modern in London and the Pompidou Centre in Paris.

When it comes to its architectural interventions, there are more than 140 installed in Asia, America and Europe. From the lobby of his native Venezuela’s main airport, to many pedestrian walkways in Panama, the Plafond Physichromie at Saint Quentin train station in Yvelines in France, or the Physichromie for Madrid, at Juan Carlos I Park in Spain. And in the Asian continent its presence can be seen in the Physicromie Double Face in Seoul Olympic Park or in the Sprirale Virtuelle in South Korea.

At his departure, the legacy of this Venezuelan is brilliant. His participation in almost 1,200 collective exhibitions and more than 280 individual exhibitions, more than 70 awards received for his artistic career and contribution to architecture indicate that his memory, as well as his works, will be constantly renovated.