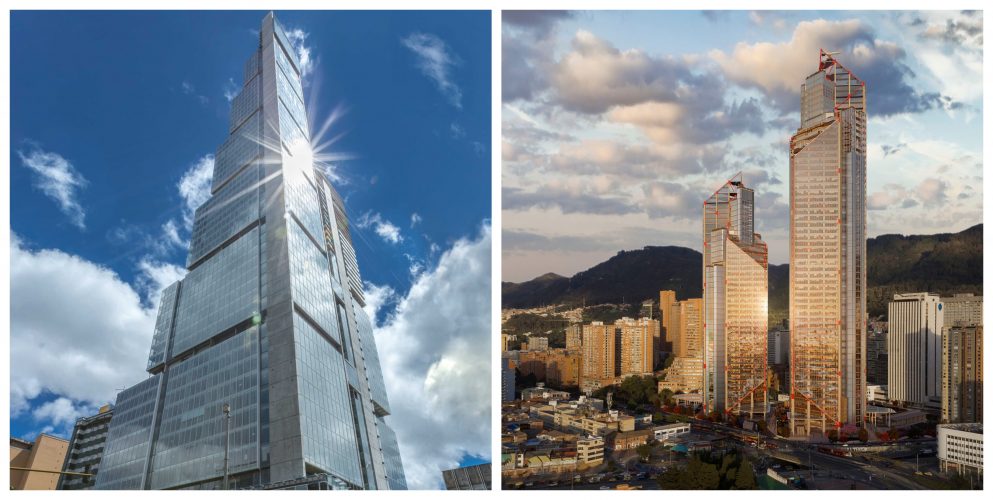 Skyscrapers -a symbol of power and status even in the face of today’s green architecture- seem to have taken Colombia by storm. Currently, two buildings are fighting against each other to capture the attention in the capital of the Latin American country: the BD Bacatá Tower and the Atrio Towers complex.

The first, BD Bacatá, is by far the most ambitious architectural project in Colombia. This skyscraper that combines a 67-story main tower with a total height of 216 meters (709 feet) with another 57-story (548-foot) tower, not only has been designated as the tallest building in Colombia at the beginning of its construction, but also as the first skyscraper made with crowdfunding in the world.

The building will house 405 apartments, 117 offices, a shopping mall with 32 stores and a hotel with 364 rooms. However, despite the large contribution made by 3,800 investors -which amounted to approximately $170 million- the completion of the ambitious project has not been defined. 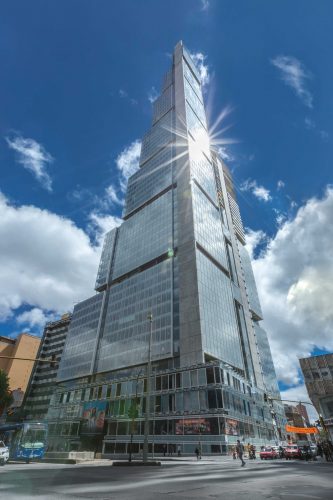 There are many reasons behind this. The main reason are the financial problems that originated as a consequence of unforeseen events related to the construction. The case is that, according to the    experts, the foundation of the building  -which supports 200,000 tons of weight- was what delayed the work since it was necessary to descend 60 meters until a rock called “arcillite”  or claystone was found in order to sink the structural piles about five or six meters inside the stone, which is essential for the complex to be completely safe.

The tower that has seven floors designated as parking spaces required 15,000 cubic meters of concrete, which was especially created for this type of project due to its complexity, by the companies Cementos Argos and Holcim Colombia. As if that wasn’t enough, this project required 1 million kilos of 12,000 PSI steel (pounds per square inch), when the norm is 5,000 PSI. 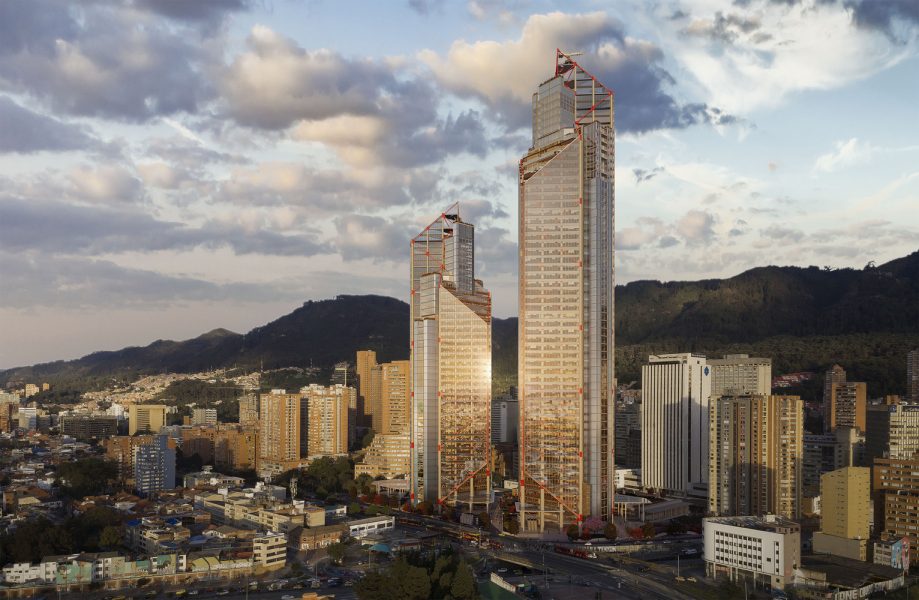 Taking over the leading position

But while BD Bacatá seeks to finish its construction, Atrio Towers will complete its first phase in 2019 without making much noise and will surpass the former by 51.8 meters (170 feet). This two-tower building will have a height of 268 meters (879 feet) and will end up being the tallest skyscraper in Colombia.

The complex that will be completed in 2025 will have a second stage consisting of an intervention to the Gonzalo Jiménez Convention Center in Quesada. The structure made of a combination of concrete and structural steel with metallic elements in sight, has a high-tech glass facade. Also, the center of the project is a large pedestrian walkway and commercial mall of 10,000 m2, which will have a main tower with 67 floors and another one with 44 floors (200 meters).

An interesting fact about this construction is that it hopes to obtain a gold level LEED certification, under the category of Core and Shell. This is because the Atrio Towers complex includes in its design differentiating elements such as the luminosity in the area at different times of the day and year and a ventilation system that generates less impact to the environment. Another important technical aspect about this complex is that its facade fulfills the function of maintaining the most comfortable climatic conditions inside thanks to a chamber for thermal and acoustic insulation, which also protects the same from pollution and solar radiation.

Upon the construction of both projects, they will give a new face to the city of Bogotá, a city that seems to be leaving behind its regal charm to go after the modern and cosmopolitan flare of those cities where buildings compete to reach the stars.